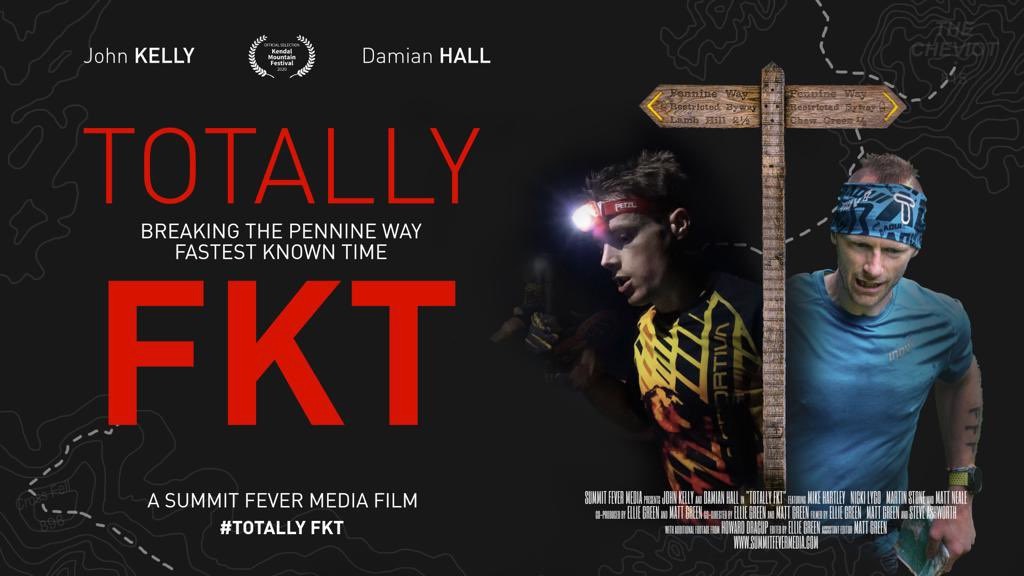 Learning from the Giants – Totally FKT

Learning lessons from the runners that broke the Pennine Way FKT

At Ultra Training Club we like to focus more on everyday runners than the giants of the sport – what can most of us really learn from the approaches of those at the very top of the sport? For many of us the aim is to complete, rather than compete.

However spending a (rather enjoyable) hour watching the top ultrarunners in a warts and all documentary, attempting to break the longstanding Pennine Way FKT, is time well spent for even us more ordinary runners. There’s some real lessons to be taken from the film.

What follows will attempt to avoid spoilers and avoid reviewing the film – but rather focus in on some of the lessons you can take into your own ultrarunning from the film. We’d recommend a watch – it’s well worth it.

So, what do we see that you can learn from?

Feeding is key; support runners almost forced those on the record attempt into eating and drinking….

There are times on a long race when you will not naturally hydrate or eat in the way you need to. Often you will be running with a buddy, whether it’s in an event that requires a team of two like the OMM or the Saunders Lakeland Marathon, or simply because you are running with a friend. Make it your mission to support each other in these scenarios and ensure each other are getting the right amount of fluids and nutrition to keep you going. If you are going solo, think about how you can make sure you remember to keep taking what you need onboard, and practice your technique before race day. Try a tiny habit maybe…

When Damo Hall and John Kelly meet their support teams, in most circumstances, they are in, administered, and gone, back on the trail, before you know it – like a formula 1 pitstop. Don’t tarry at checkpoints because they’re warm, and maybe have chairs. Get what you need and get out.

The film covers the fell running culture of supporting other runners. You will see other runners suffering low moments when you are on the trail. Spur them on, help them, remind them to eat or drink. Other runners can and will do the same for you.

it should not be giving too much away about the film to say that both runners have low moments – hard to believe that they wouldn’t over 260 miles of the Pennines. Notably however, you will see that they keep moving. They don’t stop. They do get some targeted rest, but they don’t stop. If you’re feeling it, make sure you keep moving forwards, no matter how slowly. You can walk in an ultra race. There are few who don’t.

Don’t be afraid to crack the whip…

If you are running with a buddy and they are struggling, don’t be afraid to crack the whip. As above, the runners suffered low moments during their record attempts. Seeing their support teams being firm with them – not just encouraging, not just coaxing or coaching, but telling – is perhaps something we can all take into our relationships with our running buddies on the hills. It needs a rock solid friendship for it to work for most of us – but if rock solid friendships are going to be formed, ultra races are the places to form them!

One final point – you don’t need to be into running to watch and thoroughly enjoy this film. At Ultra Training Club we like to help identify ways that you can share your training and preparation for an ultramarathon with those significant others in your life, so you can strike a good balance between your running and the rest of your life. My other half enjoyed this film for it’s scenery, it’s story, and for the sheer wonder of seeing two humans going to superhuman lengths. The dark nights are drawing in – get the family involved and sit and watch this together.